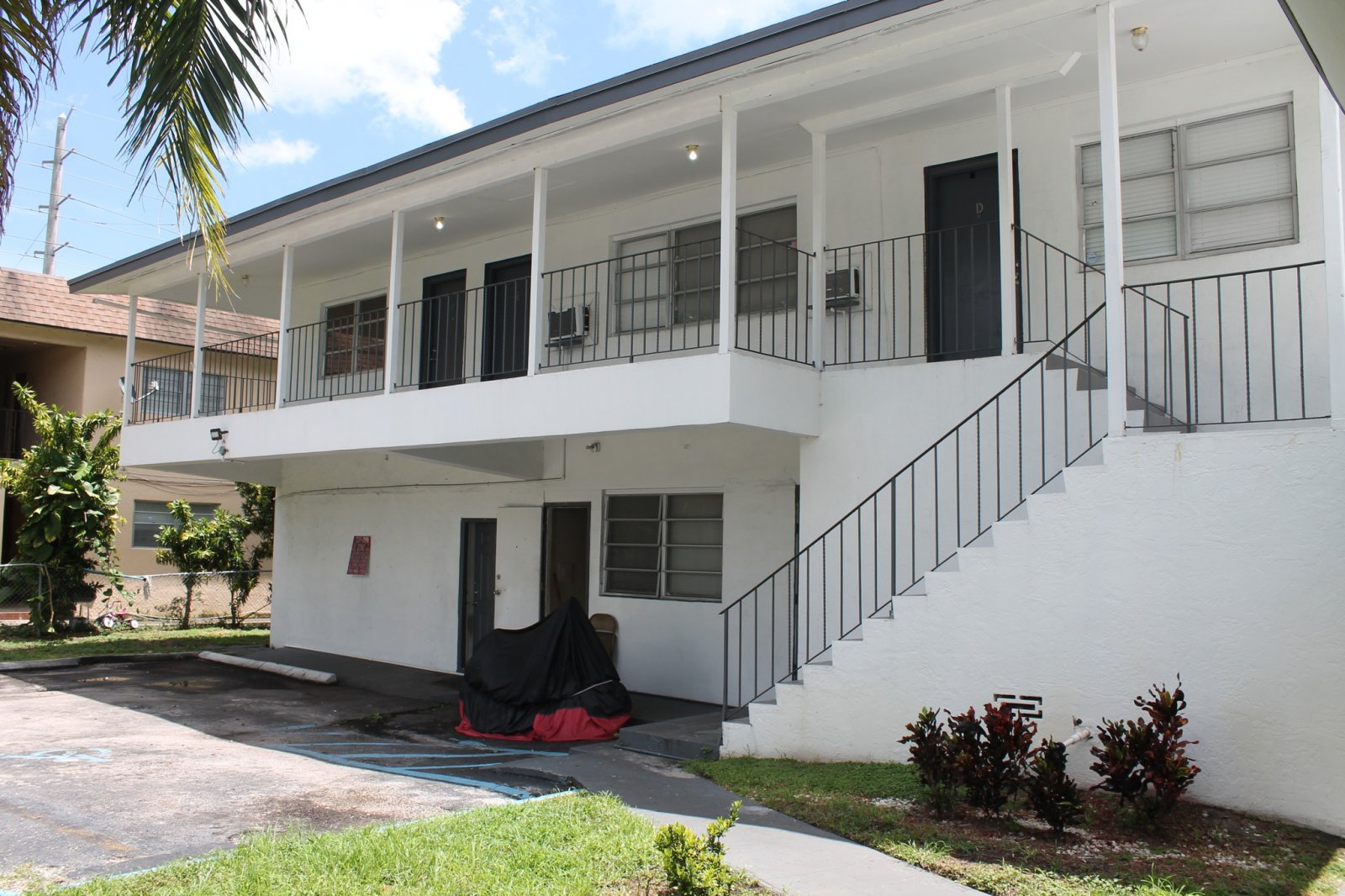 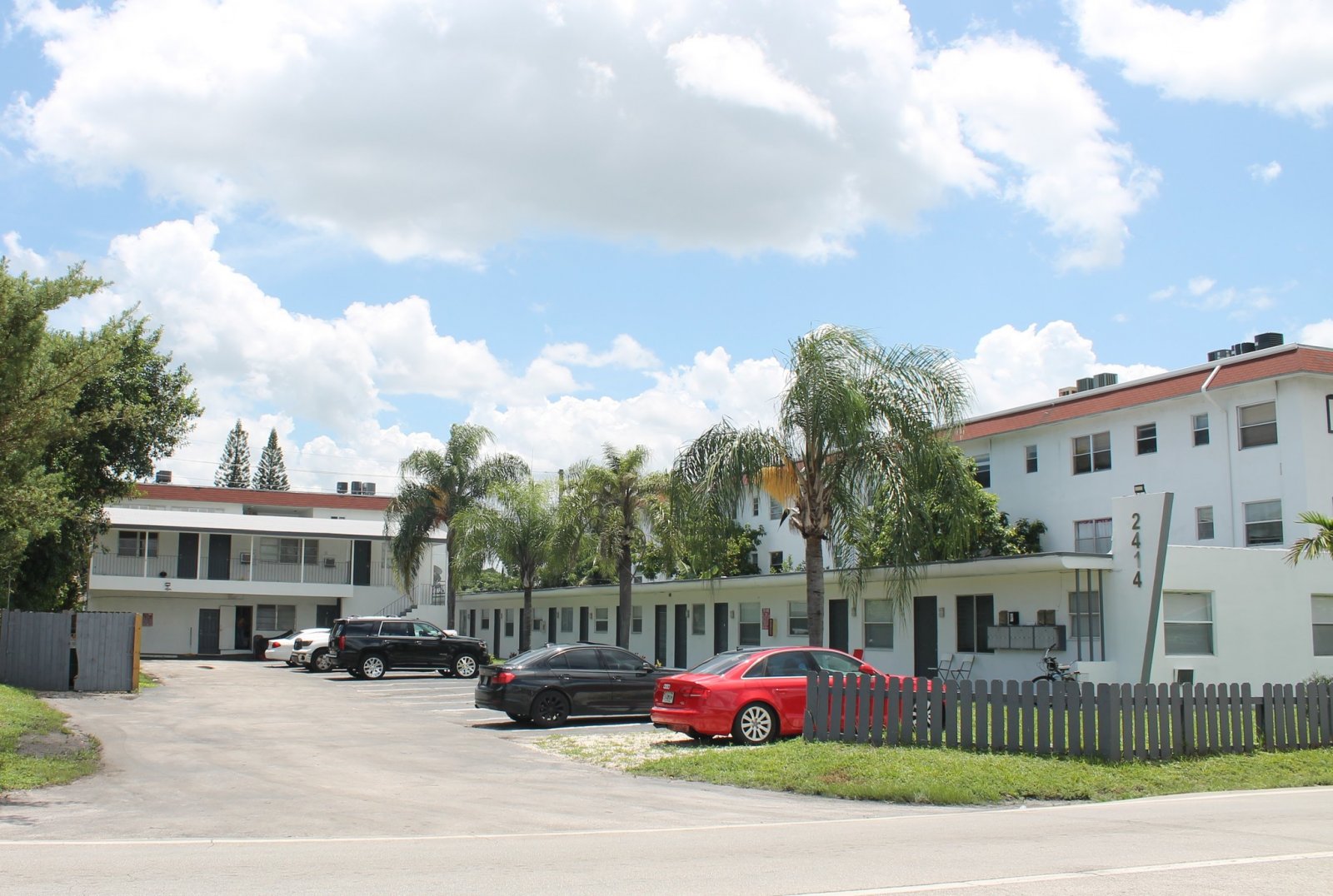 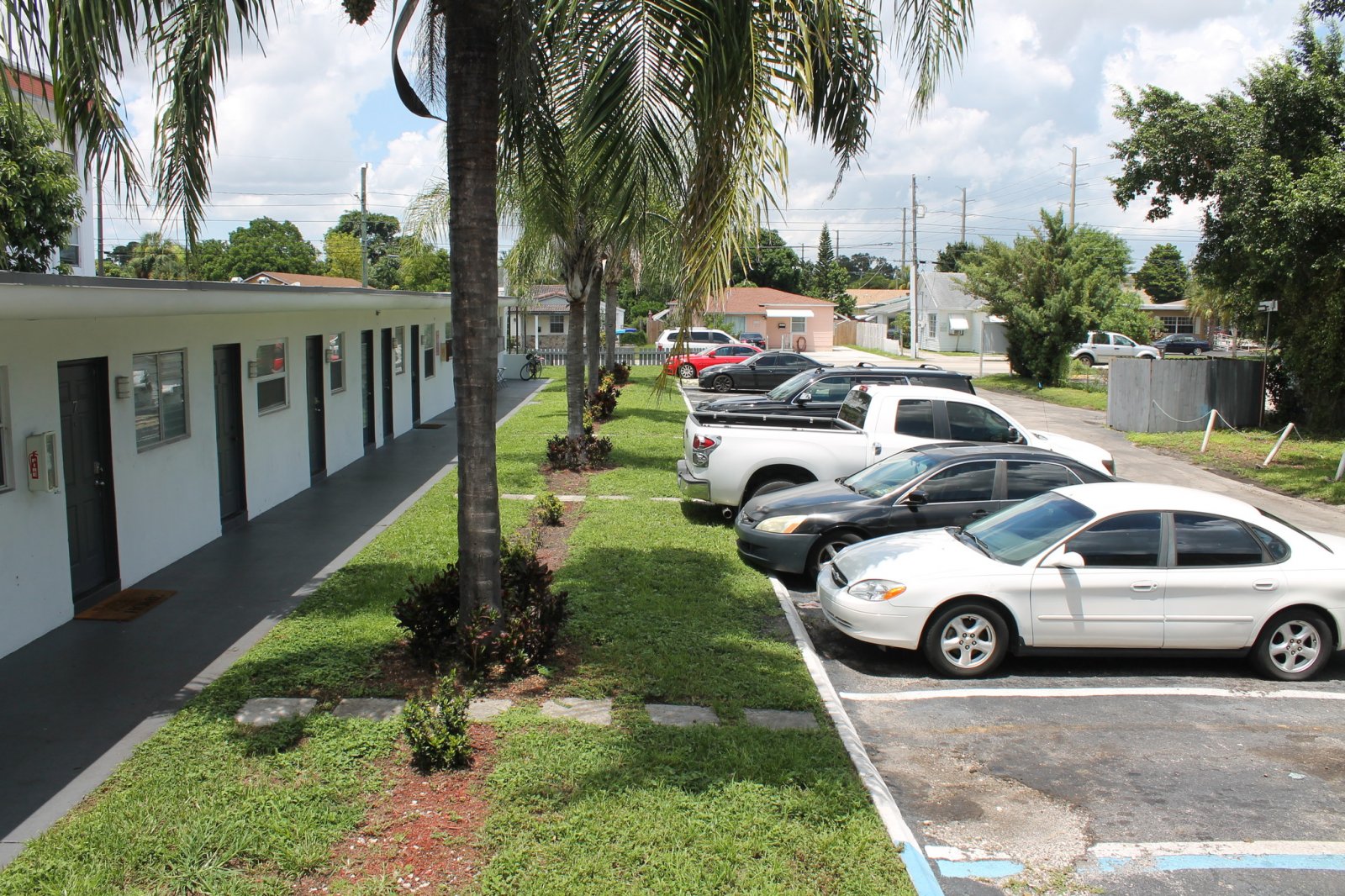 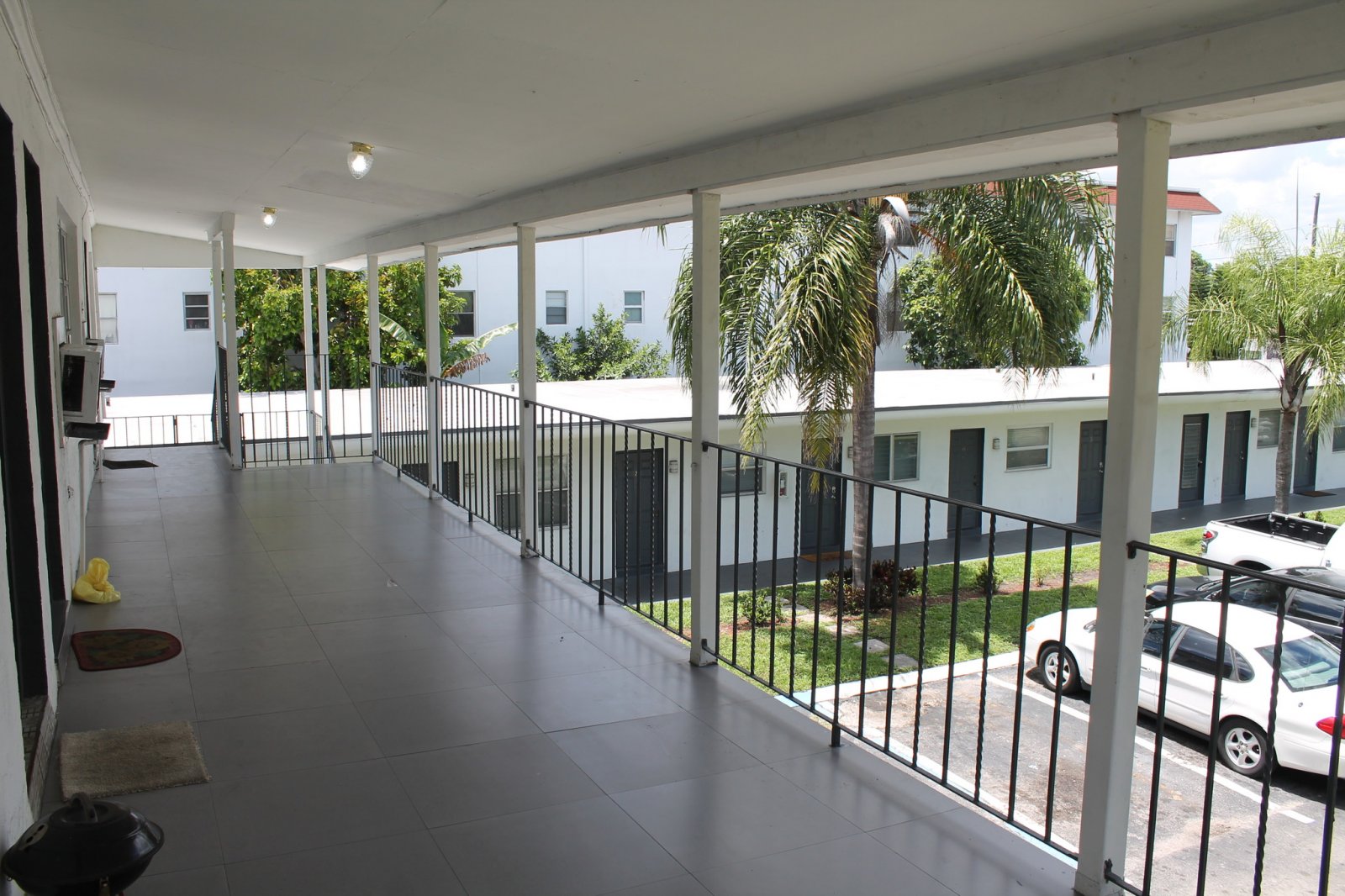 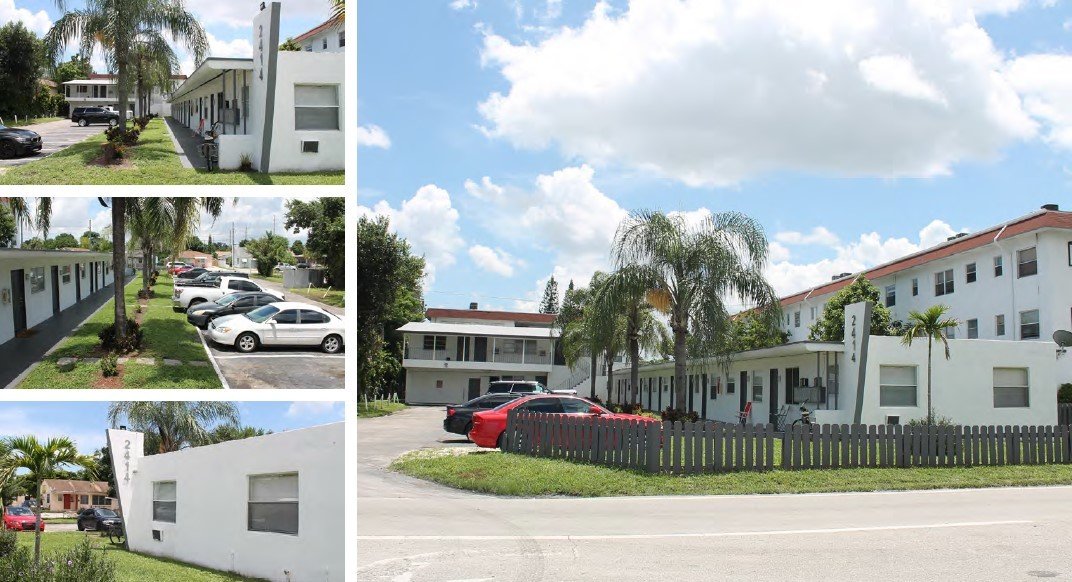 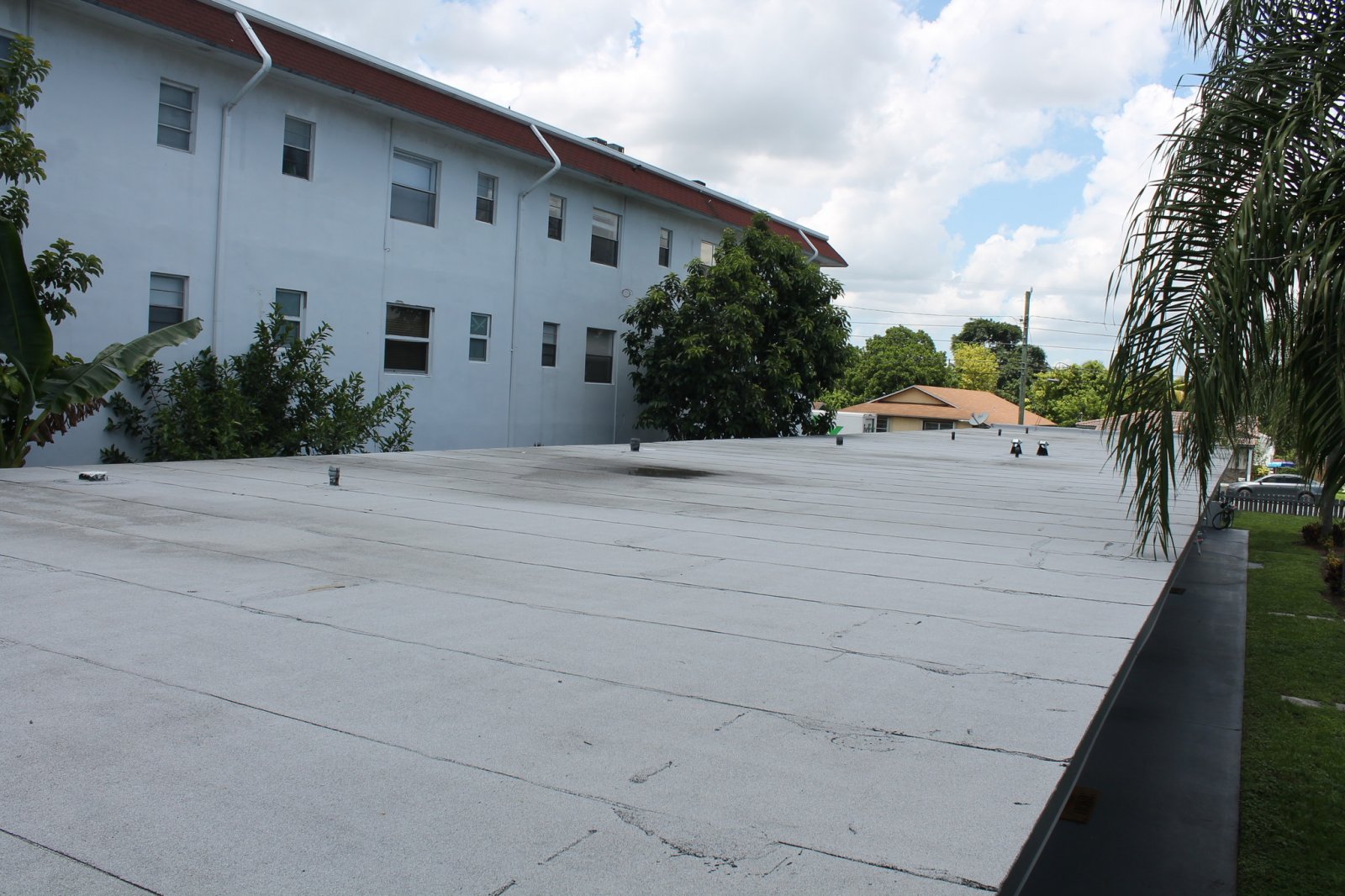 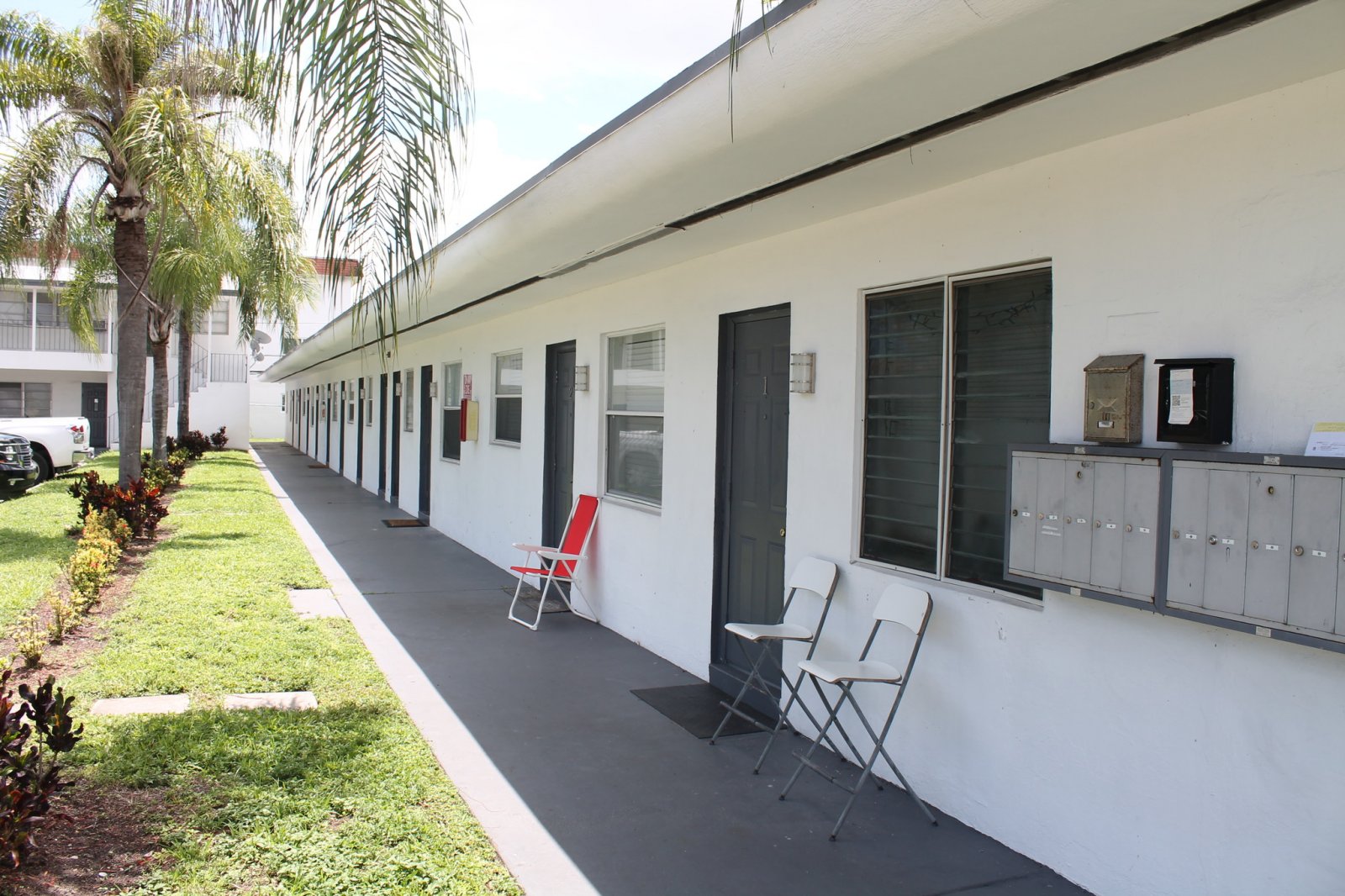 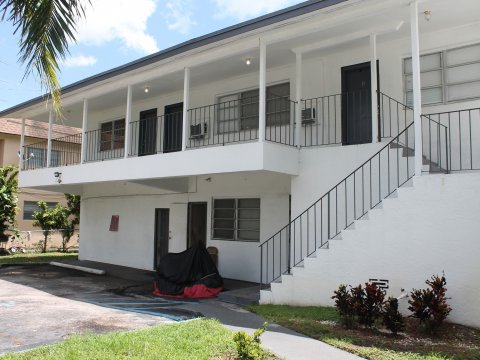 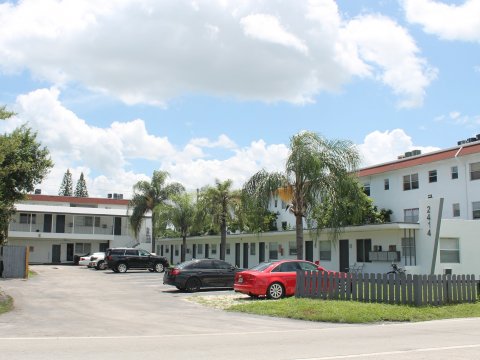 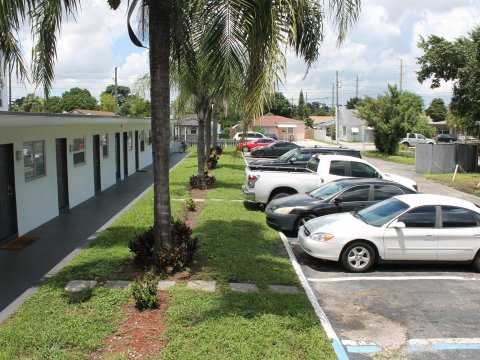 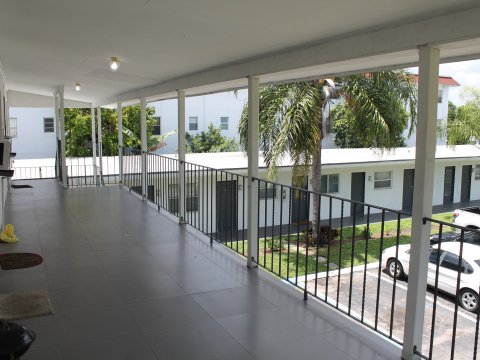 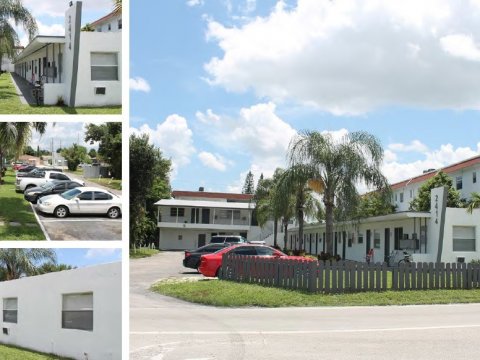 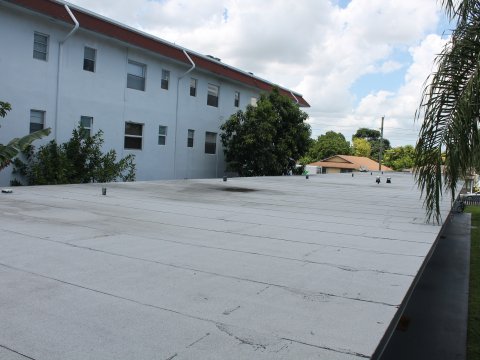 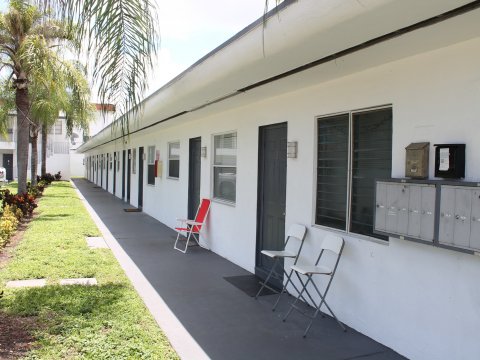 Johnson Heights is a 17-unit apartment complex consisting of two buildings situated on one parcel along Johnson Street in Hollywood, Florida. The property was constructed in 1956 of concrete block with painted stucco exterior and the buildings are situated on just under half an acre. The west building is one-story and the east building is two-stories. The unit mix consists of eight studio apartments, six one-bedroom apartments, and three two-bedroom/one-bathroom apartments, each with a wall air-conditioning unit. All utilities are paid by the owner and each building has one electric meter and one central gas water heater. The buildings also each have their own septic tanks and drain fields. Johnson Heights is located just to the west of Dixie Highway with convenient access to Hollywood Boulevard. Interstate 95 and Federal Highway (US-1) are each only a few minutes’ drive from the property. The neighborhood surrounding Johnson Heights consists primarily of single-family homes, and low and medium density multi-family buildings. There are numerous employment centers in the immediate area, as well as many local landmarks such as Young Circle and the Hollywood Greyhound Track. The city of Hollywood is located in the southern portion of Broward County, Florida’s second most populous county. Broward’s population as of 2018 exceeds 1.9 million and is projected to grow by 3.8 percent over the next five years. Hollywood’s population is estimated to exceed 150,000 residents. The city has become a popular place to live, work and vacation for people across the world partially due to its six miles of Atlantic Ocean Beach spanning from the city of Fort Lauderdale to the city of Hallandale. The city’s strategic location allows residents to access downtown Fort Lauderdale and Miami with ease, which has become another factor leading to its growing popularity, especially among young professionals. Hollywood is home to the Hollywood International Airport, the only international airport serving Broward County. The airport is situated in the northern portion of the city and provides national and international travel. Hollywood is also located in close proximity to the Port Everglades, which is recognized as a hub for north-south trade with growing Latin American and Caribbean markets. Hollywood has three high schools, four middle schools and an unbelievable 13 elementary schools which explains why over 21 percent of the population in the city is under the age of 18 and over 31 percent of the population is between 25 and 44 years old. With a median age of only 39 years old, it should be no surprise that the demand for rental properties is extremely strong. In an effort to meet the demands of this young population, the amount of restaurants, bars, clubs and other nightlife activities have exploded. The city has become one of the best known destinations to have a fine meal or drink cocktails on one of the outdoor patios in one of the many trendy restaurants. The property is being offered for sale at $1,850,000 which equates to $108,824 per unit and $243 per square foot.

Looking For A Fixer Upper?

Join our VIP buyers list to get updates on our Fixer Upper & Handyman properties!